Robotic total stations allow the operator to control the instrument from a distance via remote control. This eliminates the need for an assistant staff member as the operator holds the reflector and controls the total station from the observed point.
Contents

Coordinates of an unknown point relative to a known coordinate can be determined using the total station as long as a direct line of sight can be established between the two points. Angles and distances are measured from the total station to points under survey, and the coordinates (X, Y, and Z or easting, northing and elevation) of surveyed points relative to the total station position are calculated using trigonometry and triangulation. To determine an absolute location a Total Station requires line of sight observations and must be set up over a known point or with line of sight to 2 or more points with known location.

For this reason, some total stations also have a Global Navigation Satellite System receiver and do not require a direct line of sight to determine coordinates. However, GNSS measurements may require longer occupation periods and offer relatively poor accuracy in the vertical axis.
Angle measurement

Measurement of distance is accomplished with a modulated microwave or infrared carrier signal, generated by a small solid-state emitter within the instrument’s optical path, and reflected by a prism reflector or the object under survey. The modulation pattern in the returning signal is read and interpreted by the computer in the total station. The distance is determined by emitting and receiving multiple frequencies, and determining the integer number of wavelengths to the target for each frequency. Most total stations use purpose-built glass corner cube prism reflectors for the EDM signal. A typical total station can measure distances with an accuracy of about 1.5 millimetres (0.0049 ft) + 2 parts per million over a distance of up to 1,500 metres (4,900 ft).[2]

Reflectorless total stations can measure distances to any object that is reasonably light in color, up to a few hundred meters.
Data processing

Some models include internal electronic data storage to record distance, horizontal angle, and vertical angle measured, while other models are equipped to write these measurements to an external data collector, such as a hand-held computer.

When data is downloaded from a total station onto a computer, application software can be used to compute results and generate a map of the surveyed area. The new generation of total stations can also show the map on the touch-screen of the instrument right after measuring the points.
Applications

Total stations are mainly used by land surveyors and civil engineers, either to record features as in topographic surveying or to set out features (such as roads, houses or boundaries). They are also used by archaeologists to record excavations and by police, crime scene investigators, private accident reconstructionists and insurance companies to take measurements of scenes.
Mining

A total station is used to record the absolute location of the tunnel walls (stopes), ceilings (backs), and floors as the drifts of an underground mine are driven. The recorded data are then downloaded into a CAD program, and compared to the designed layout of the tunnel.

A set of plugs can be used to locate the total station set up in a drift or tunnel by processing measurements to the plugs by intersection and resection.
Mechanical and Electrical Construction

Total stations have become the highest standard for most forms of construction layout.

It is most often used in the X and Y axis to layout the locations of penetrations out of the underground utilities into the foundation, between floors of a structure, as well as roofing penetrations.

Because more commercial and industrial construction jobs have become centered around Building Information Modeling (BIM) the coordinates for virtually every pipe, conduit, duct and hanger support are available with digital precision. The application of communicating a virtual model to a tangible construction potentially eliminates labor costs related to moving poorly measured systems, as well as time spent laying out these systems in the midst of a full blown construction job in progress.
Instrument manufacturers 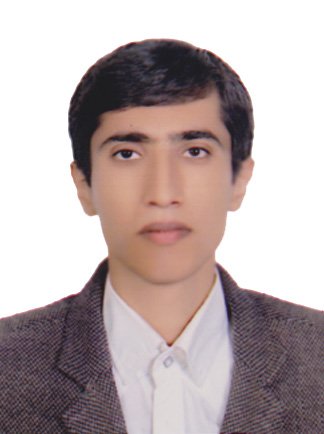